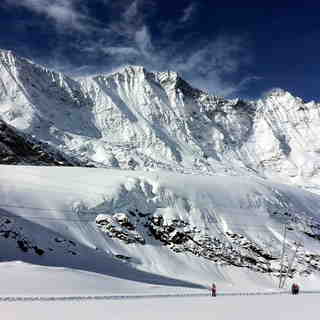 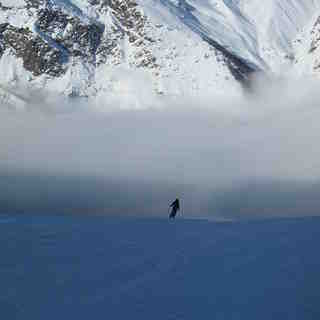 Our Partner Deals in Saas Fee

Other resorts in Switzerland are reporting: powder (65) / good piste (72)

I've been skiing Saas Fee for the past few years. The skiing is great with challenging off-piste (take a guide for the best) and some awesome blacks but it's still got nice blues and reds. The best thing is NO QUEUES - the longest you'll have to wait is 10 mins for a cable car but once you're on the mountain the queues evaporate. If you're after racking up kilometres don't go to Saas Fee but if you want spacious, uncrowded, quality skiing Saas Fee is unbeatable. It's a mecca for boarders and ski-teams go there form France to train every year. Last year we had synchronised ski teams training which was awesome.

The altitude and aspect mean that Saas Fee has probably the best snow record in the Alps with resort skiing from mid December to mid April and glacier skiing all year round. This was a blessing in 2011 when we were skiing in April as the rest of Switzerland shut-down or resorted to grass skiing.

Beauty-wise Saas Fee can't be beat with eight 4000+ metre peaks seemingly at touching distance. The views are tremendous everywhere and the village is just lovely. Eating and nightlife are good but I confess I normally head home and put my feet up with a beer after a day skiing.

I usually self cater with the family and there are some great apartments and chalets with a few you can ski-in and out of - take care with Alpine Village. The apartments are nice but it's a long walk to the snow.

Read 18 more reviews of Saas Fee or submit your own