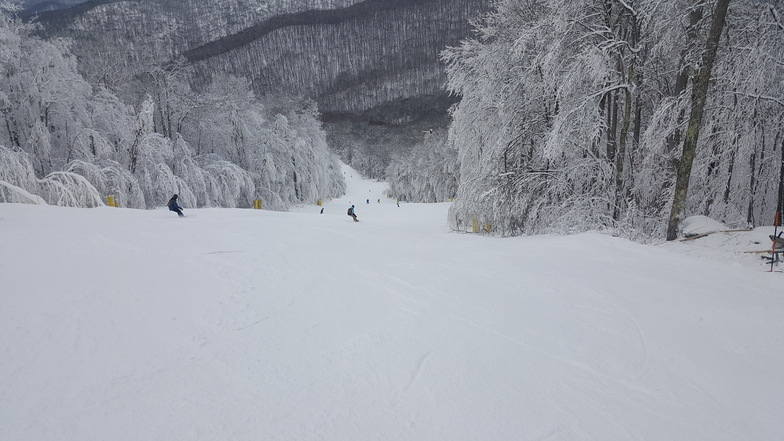 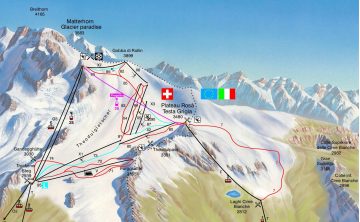 Cervinia Prepares for Summer Ski Season After Reporting Record Winter Business Cervinia is due to open for summer skiing this Saturday, June 25th, taking the number of ski areas open in Europe back up to 10. Much of the ski area that will be accessed from Cervinia is open already, as it is the same area accessed from Zermatt on the Swiss side of the Matterhorn year-round.&nbsp; However, if open, summer &nbsp;skiing on the Italian side does descend down one run to Laghi Cime Bianche at 2,840m. This is where the new World Cup Downhill race course will host races in the last weekend of October and first weekend of November this autumn. Cervinia said it unexpectedly managed to make

I have been skiing here since I was just 2 years old. Its seasons tend to go in patterns. It goes from great season to bad season, to meh season, and repeats. Snowshoe has an amazing variety of trails. For beginners, head right to Silver Creek. They have little to no lines, and there is plenty of beginner terrain. For intermediate skiers, the Ballhooter lift is a treasure trove. You can access more advanced blues like Gandydancer, and on an icy day, Spruce could pass as a black diamond. When they get huge dumps (2ft+), Knot Bumper Glades is golden. It is steep at the top, and there are rollers at the bottom. Sawmill glades are steep all the way down. And a couple of days after dumps you can find un-touched powder in Sawmill glades. There are also two lesser-known glades, not labeled on the trail maps. Skipjack Glades is the best glades on the mountain. They are steep as a double black on the top, and there are very tight, very thrilling trees at the bottom. Then there is a very small one named "Shaver's Coulier". Although it is so short, you will get a thrill out of it. You drop in on it at the top of Gandydancer. The very top to be exact. The entrance is wedged between two yellow padded snow-blower hook-ups. Once you are drop-in you are going practically straight down with no trees around you for about 5 seconds. Then you get into tight trees, which will give your legs a killer workout. There are two routes you can take. Upper Shavers Coulier, and, of course, Lower Shavers Coulier. Lower Shavers Coulier gives you amazing speed, and you can fly through tight trees all the way down. If you take Upper Shavers Coulier, you can enjoy nice untouched powder, as most people don't know about it. Upper Shavers Coulier is steep, but if you take the right route, you will go at a nice leisurely pace. Both routes spit you out onto a crossover between trailed, but the only trail you can get down from the crossover is Gandydancer. If you are looking for steep, long trailed head over to Western Territory. Western is only Black Diamonds, with one Double Black, the only one on the mountain. There is one marked glades trail on Western. It is a bike trail that is used during the summer and was used during both MTB World Cups held at snowshoe. To wrap it up, I will now comment on snowshoe's terrible terrain parks. The only one worth mentioning is Evolution park. But that is the advanced one. The Silver Creek terrain parks used to be snowshoe's crown jewel. But now they only open the two small ones, which have declined rapidly over the years. The big one always has blown snow on it, but it is not even open at all. And, finally, the Progression Park. ICK. It is the worst one on the mountain. The jumps are terrible, and there are only short, wide rails. Progression Park is meant for beginner park skiers, but it barely has anything on it to learn on. Apart from the parks, Snowshoe is an amazing place for beginner and advanced skiers alike.