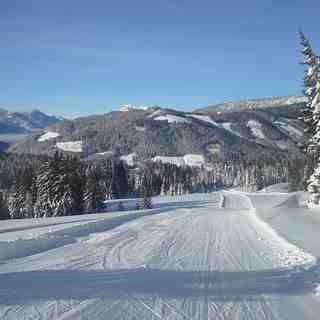 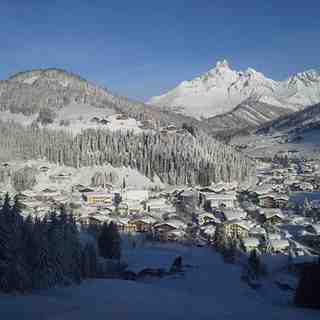 Our Partner Deals in Filzmoos

I first discovered Filzmoos in 1990 and since then I have had 14 or 15 holidays there, including 2 in the summer - I think that says it all! In fact, I am off there again in 2 weeks time and can't wait. During theses 20 years I have introduced many people to the village and without exception they have all been back again. In fact one of the great things about Filzmoos is seeing so many familiar faces over the years and all the new friends I have made.
While Filzmoos does not have an enormous ski area there are several other resorts just down the valley that are included on your lift pass and my 2 favourites are Zauchensee and Flachauwinkl, both of which give you access to a large linked area. In all the years I have been going there I have never experienced a lack of snow and there have been some years when there has been so much that we have wondered if we would be able to get out of the village! However, if there is ever a problem with poor conditions, there is a glacier with guaranteed snow nearby. A short way further on is the World Cup resort of Schladming which is also well worth a visit.
Back in Filzmoos things are fairly quiet at night but apres-ski at the Happy Filzmoos is not to be missed! There are several good eating places in the village for both lunch and dinner and some worthwhile stops for a drink. It is an especially good choice of resort for families and beginners and has a very safe and friendly environment. Give it a try and you will not be disappointed.
If anyone would like any more information, they can email me at swanski@bigfoot.com.

Read 14 more reviews of Filzmoos or submit your own