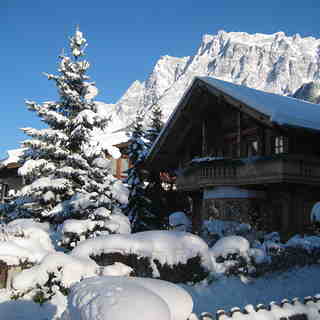 Our Partner Deals in Ehrwald

Other resorts in Austria are reporting: powder (3) / good piste (3)

Just returned from a week in the Zugspitze Arena of which Ehrwald is part. Only a small area but had great snow and the lack of traffic meant that the piste remained in great condition. Access to the glacier is far easier than long queues at Eibsee on the German side and Lermoos offers reasonable vertical across the valley. Garmisch-Partenkirchen is only 20 minutes away and is on the same lift pass and offers the Kandahar WC Downhill to blast down. Good alternative week away all in all.

Read 3 more reviews of Ehrwald or submit your own