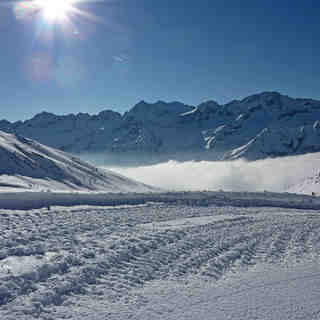 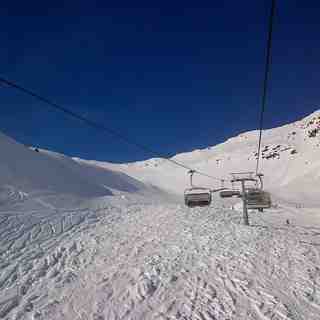 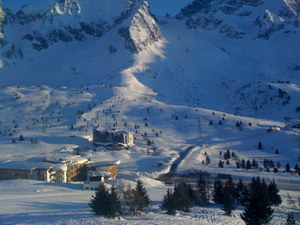 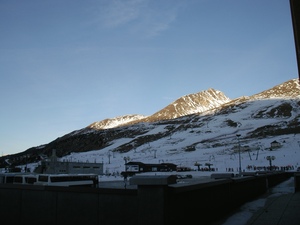 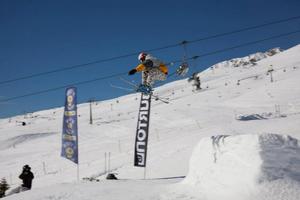 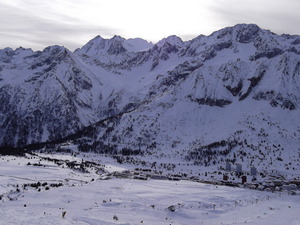 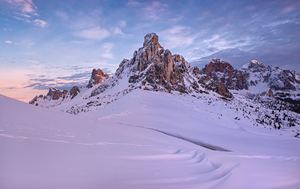 Sitting at the top of the Passo Tonale, this is another resort that offers year round riding thanks to glacier access (Presena). Passo Tonale is part of the Adamello ski area that includes the Presena glacier, Temù and Ponte di Legno. Passo Tonale is a good bet for some summer action as it is rarely busy but has good conditions. In winter it is also quiet mainly due to the lack of big tour operators. This means smaller lift queues and quiet slopes. The 80 km of pistes at Passo Tonale are spread over the ability range and should keep most people happy. Snowboarders will love the terrain, if only there was a park and pipe. Off the hill, Passo Tonale looks a bit bleak but it does cater for most budgets and tastes. Prices are reasonable but the choice of nightlife destinations is limited. 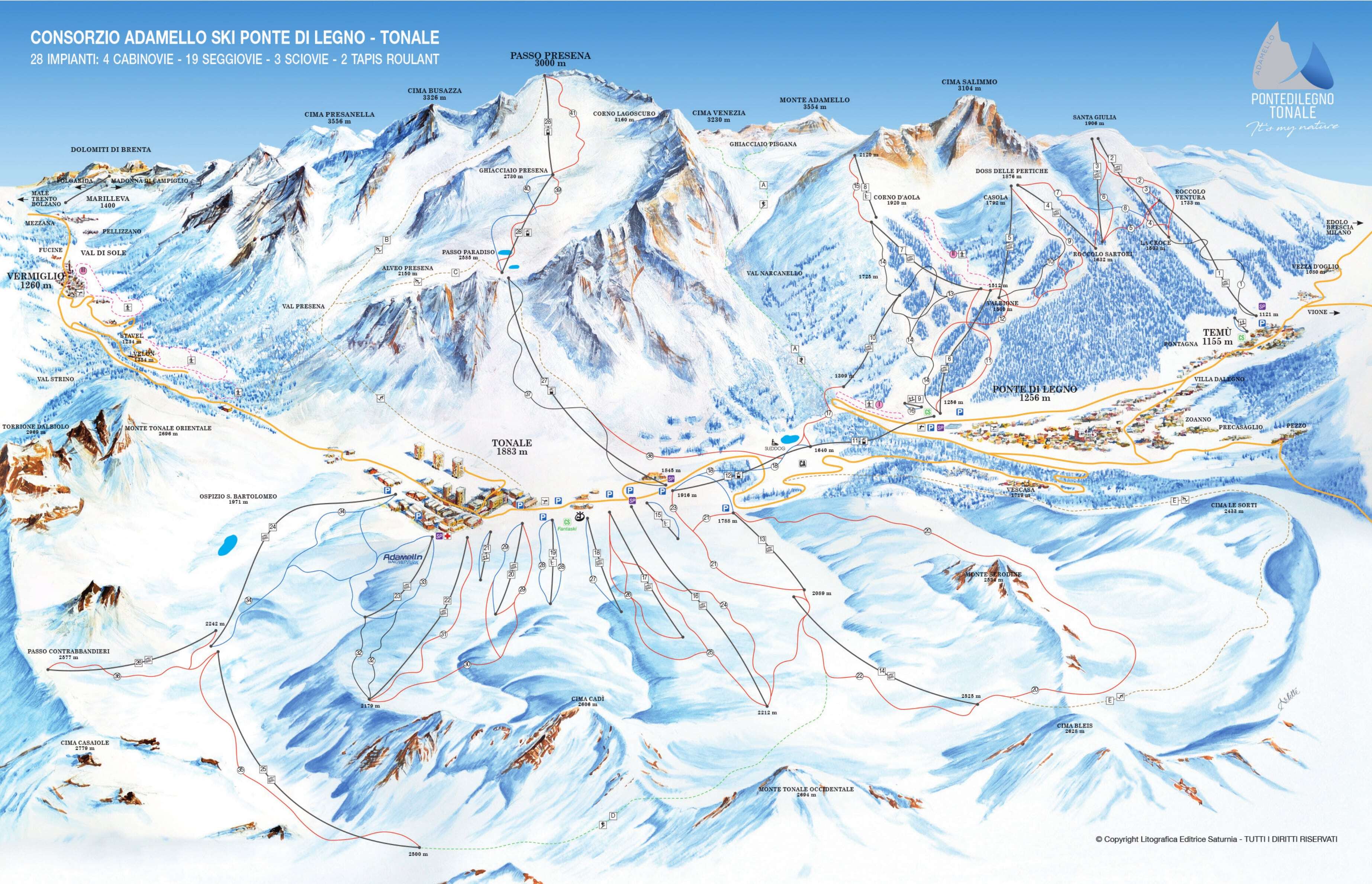 After several years boarding in Monterosa, we came to Passo Tonale to explore the off-piste potential. Alas, when we arrived, it hadn't snowed for 3 weeks and the off-piste was like concrete. So a week of ever faster boarding on ice beckoned. Given the poor conditions, the pistes were groomed well and held up in to the afternoon. The main bowl is busy and irritating netting makes traversing difficult. Then long reds either side are good, but not really worth the effort. Get up early and ride the gondola to 3000m and then blast down the red and black runs a few times before heading to the trees and Ponte di Ligna. Without the off-piste, there isn't really enough for a whole week but this is a good value resort and if the snow had been better, we would have probably had a great week.

Read 43 more reviews of Passo Tonale or submit your own 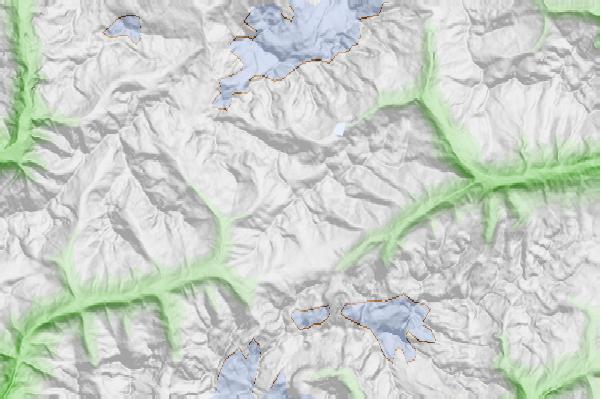