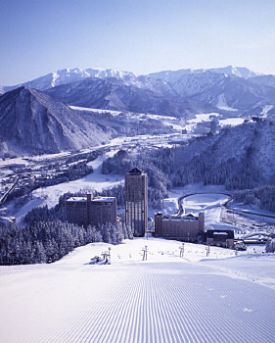 Gala Yuzawa, located in the Niigata prefecture of Japan, is a large resort with 11 lifts (2 gondolas & 9 chair lifts) that offers skiers a respectable 381 metres (1250 feet) of vertical descent. Gala Yuzawa has 131 acres of terrain over 21 pistes. Gala Yuzawa is best suited to intermediate skiers and snowboarders but there is some terrain for beginners and advanced skiers. We have no information about the existence of any cross country ski trails at Gala Yuzawa. The nearest airport is at Tokyo and the nearest train station is in Gala Yuzawa. 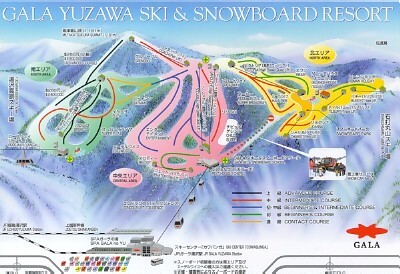 I went to Gala Yuzawa yesterday and had an awesome time. It was powder-tastic!! They had recieved up to 60cms the previous day and when I rolled into the area on the early morning Shinkansen (bullet train) from Tokyo, it was still puking down. The upper slope of the central area was powder heaven, hardly anyone there and face shots at every turn. I don't know if I lucked out on the weather but the snow was as good as anywhere else I've been. For ease of access from Tokyo, its hard to beat this place, the resort has its own Shinkansen station built into the Base Station. Get on the train in Tokyo and 90 mins later you are slashing up the mountain!! Get off the train, go upstairs get your ticket, change clothes then get on the Gondola......its that easy. On the negative side, 1000 yen for a locker is a bit steep IMO and the same again for the onsen is also a bit much for what is a glorified bath. The runs are a little short and there are some weird flat run outs that are not good for me and my fellow snowboarders BUT the quality of the snow made these all insignificant. Yuzawa is a great area with a big choice of resorts all easily accessed from the Train Station in town....Kagura and Naeba are the heavyweights but the other smaller resorts are definitely worth a day's riding to check out.

Read 1 more reviews of Gala Yuzawa or submit your own 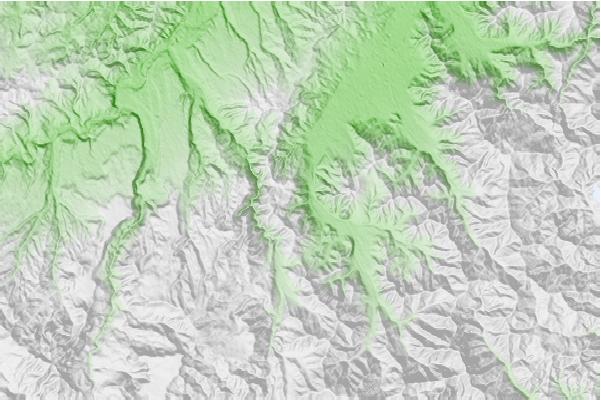